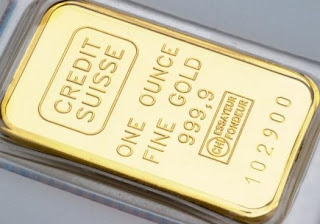 I'm sure that many of you have already purchased some precious metals, whether that be gold or silver. I have purchased silver, in one ounce units. I have a significant amount of bullion or rounds, but very little in "junk silver" (i.e. pre-1965 US coins). -I suspect that while many of the "preppers" may know the value of "junk silver" I doubt the average joe even knows the difference. However, a big round that's stamped .999 silver is unmistakable.
Notice that I did not say that I "invested" in precious metals. I don't think that- in the long run- precious metal actually increases in value. I define value as to the amount of goods which that metal can buy. Investments are expected to increase in value.
For instance, In 1964 a single shiny new silver dime would buy a 12-ounce bottle of Coke from a vending machine. Three dimes would buy a gallon of gasoline, or a pound of bacon. In 2009 the same (not quite as shiny) 1964 silver dime will still buy a 12-ounce bottle of Coke from a vending machine, and three 1964 dimes will still buy a gallon of gasoline (with a little change to spare!) The REAL price of goods has not gone up (and the real value of the metal has not either)- the value of the dollar has gone down (since taking silver out of the coinage).
So, why buy precious metals? I did for three basic reasons.
1) To preserve my wealth. Should hyperinflation (or any inflation for that matter) hit, I know that after the schumar has settled, I can exchange my silver coins for whatever currency is in use. Greenbacks, at that point would be worth less than toilet paper.
2) To use in case of emergency as a last ditch effort. If it comes down to a real disaster, the precious metal could be used to "bribe" my way to where I need to get my family. (Although, they could just steal it from me and kill me- at which point I would probably be dead anyways.)
3) To barter with after a fiat currency collapse. People know that silver and gold have value- no you can't eat it or drink it, but for centuries people have been attracted to it and will trade consumables and durables for precious metals.
Silver has been pretty low this summer, and I suspect gold will drop drastically once the price of oil increases again (I keep hearing rumors that they are capping oil wells off shore?). The window of opportunity to purchase these metals cheaply will be brief. I recommend that you get about $1k of precious metals for your family. Some people recommend more, but that's just me.
I purchased almost all my coinage from E-bay. You can find some deals out there, but don't get carried away with the thrill of the auction. Set your price up front and leave it alone. You win some, you lose none.
You can also get some deals from local coin dealers. Expect to pay a small premium and tax though. I prefer the e-bay experience myself. I was able to get several ounces this summer for $14/ounce shipped to my door.
I also prefer smaller amounts of metal b/c it may not be easy to barter with a $1000 bill (ounce of gold). That's the main reason I went with silver.
**Also, very important to note** don't buy precious metals until AFTER you have all your other ducks in a row. You should have all your beans, bullets and band aids squared away first. Then, look into metals. See my list-of-lists spread sheet on the upper left to get you started and give you an idea of what you should have.
Quote of the Day:

All men having power ought to be distrusted to a certain degree.

Good advice. My goal is to buy portable quantities of barter-able (now that's a word!) items such as salt, sugar, coffee, and spices. Also first-aid items and I have started buying half-pints of popular alcohols, just in case. You never know when you will be able to strike a trade plus items like vodka can always be used as a disinfectant or tincture.

I agree, you should buy things to barter. I think .22 cal and other ammo will be a good choice as well. But, in the long run (and b/c you can't easily store $1000's of dollars worth of .22 cal or salt (that would be a lot of salt.), there comes a time when a portable stored-value item (like gold or silver) becomes necessary (or at least convenient).